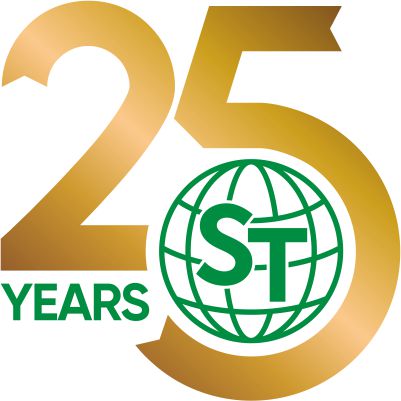 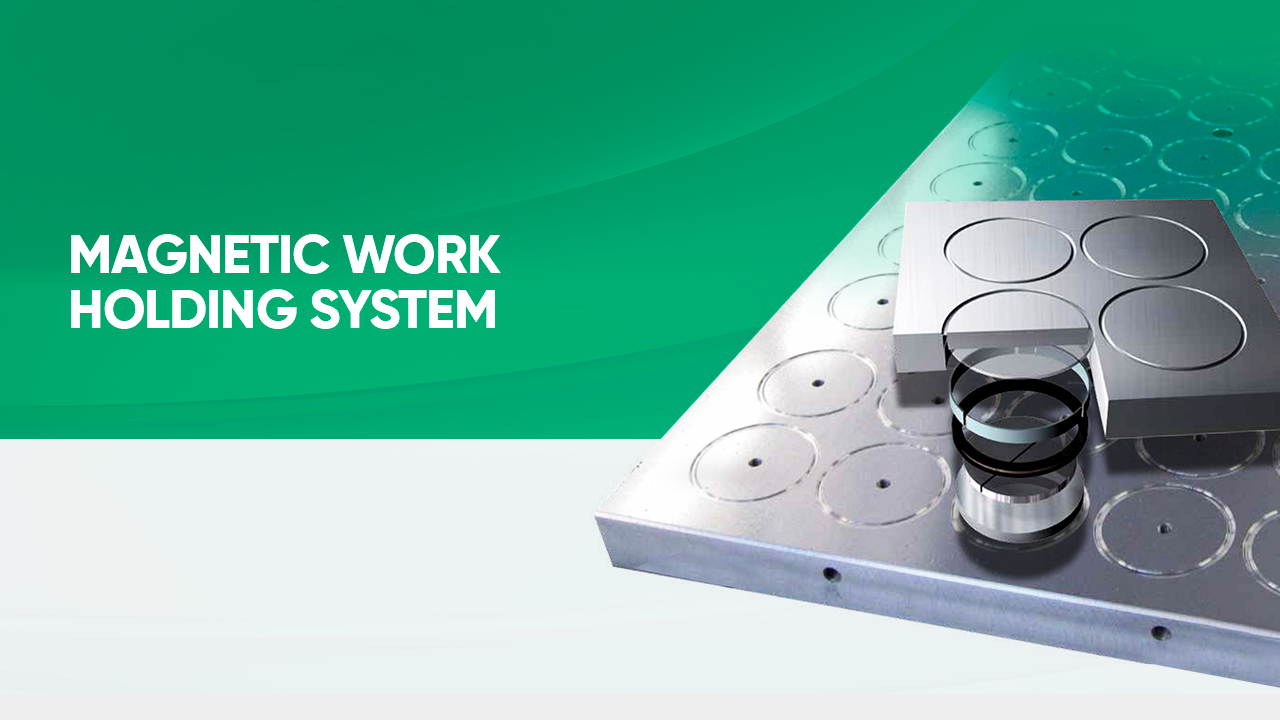 The metalworking craft is an interesting blend of science and art. The tools available to the machinist represent the science. The art is in their application. The science behind work holding in the metalworking shop is fairly basic. Hang on to the blank casting or forging to be machined, with sufficient grip to allow metalworking processes such as milling, turning, drilling or grinding to be performed.

The metalworker’s art in work holding is the myriad ways that can be used to accomplish the basic science. Traditionally most work holding methods involve many variations of mechanically securing the work piece. Magnets have entered the work holding fray in recent years as an alternative to mechanically holding work pieces for machining and for holding work holders such as vises and fixtures on the machine tool table. Using magnets has long been  accepted as a  method of work holding in surface grinding applications and has found acceptance in general machine shops looking to reduce setup, increase access to the five sides of a work piece and simplify their approach to work holding.

Most of us remember from our general science class that magnets attract ferrous materials. Magnets have a north pole and a south pole across which flows magnetic energy called flux. In the classic experiment using iron filings, one can actually see, by the arrangement of the filings, that the magnetic flux flows in roughly parallel arcs between the two poles. Basically, magnets work by inducing polarity (magnetizing) into any ferrous material that connects across its poles. When a workpiece is placed across the poles of a magnet, the flux flows into it.

When placed in the magnet flux, ferrous components have poles that are opposite the polarity of the magnet. This is why they attract. Amplifying and controlling this flux is the key to applying magnets in a metalworking operation. The attraction or “pull” of the magnet becomes stronger as the gap between the workpiece and the magnet closes. Smooth surfaced work pieces are more tightly held than rough surfaced. The strength of the magnetic attraction is a function of how much magnetic flux can be induced into the work piece.

One of the biggest hurdles to overcome in applying magnets to milling and general machining is fear.  However, properly applied magnets will hold work pieces as well or, in many cases, better than mechanical clamps. Instantaneous clamping force of 12 tons per square foot is generated on these holders.

The magnetic system of choice for milling machine and machining centre applications is called an electro-permanent magnet. As its name implies, this relatively new concept is a hybrid of electro-magnets and permanent magnets. Electro magnets are not practical for machining operations because they require a continuous source of electric power to maintain magnetic attraction. Should power be interrupted, the electro-magnet loses its ability to hold the work piece and operations come to a stand still.

Permanent magnets offer the advantage of portability and fail-safe operation. Most industrial permanent magnets sit within a carrier. Alignment of the poles determines the state of the magnet (whether it is on or off). In operation, these poles are physically moved to activate and deactivate the permanent magnet. As permanent magnets are scaled up to provide sufficient surface area to accommodate the demands of machining operations, the mechanical effort required to overcome magnetic friction when switching poles from on to off or back becomes too great. For light duty machining, these magnets are well applied because of their reliability and safety.

Electro-permanent magnets, in effect, use electricity to switch the poles, which allows these units to be larger and more powerful for metalworking applications. An electro-permanent work holder contains a number of steel poles, each alternating between north and south polarity. The number of poles depends on the size of the work holder. These poles have two magnets sandwiched in between them. One is an electronically switchable permanent set and the other is a permanent set. These permanent sets are constantly polarized in one direction.

To operate one of these units, a work piece is placed on the magnet, and a simple push button sends an electric current that actuates the magnet. Once the electro-permanent magnet is energized, it requires another electric jolt to de-energize it. Like a permanent magnet, this system is fail-safe and portable, making it ideal for machining applications.

Consistent clamping pressure is one advantage of magnets. Magnets are either on or off. Unlike mechanical clamps and vises, there is no variation in how tight or loose the workpiece is held. It’s always held the same way. Full support of the workpiece surface is another plus for holding with magnets. When toe clamps are used around the periphery of a workpiece, there is virtually no effective method to secure the center area of the work. Unsupported areas of the workpiece can be induced to chatter causing the feeds and speeds of the cut to be reduced, increasing cycle time.

Magnets hold on the total contact area of a workpiece. Full support allows the machine to cut with less chatter potential and therefore faster. In addition, the lack of clamps around the periphery enables the machine to cut without interference. Programming is simplified, and time required to reposition hold down clamps is eliminated.

Full access to the work piece is a critical consideration for shops looking to increase their output. Magnetic work holders can be set up with pole extensions, which are basically stand-offs, that raise the work piece above the surface of the magnetic table. This enables holes to be drilled without damaging the magnet. Self shimming pole extensions allow contoured or even warped work pieces to be gripped over their full surface area without deflection.”

Setup and tear down speed are major considerations for most shops. With magnets installed on the machine table, like a sub plate, work pieces can be attached directly to the magnet surface. In addition, vises or other fixtures can be then attached to the machine without bolts, using the magnet. Set the vise on the magnet, using locating pins for repeatability or probe for location, push the magnet on switch, and the vise is clamped. Using the magnet to support a vise or other work holding fixture allows shops to machine non-ferrous materials, which can be gripped conventionally in a ferrous vise or fixture, while taking advantage of the fast setup capabilities of the magnet.

The most common question from shops not familiar with magnetic work holding is about chip control. Technically, the top of a work piece becomes magnetic if the flux extends through a cross section of the work. Simple pole extenders control the flux penetration variable. It can be increased or decreased by physically spacing the work using stand-offs a prescribed distance. On some magnetic work holders, it can also be adjusted by controlling the magnetic pull of the table.

It’s For Turning Too

Magnetic chucks are also finding wider acceptance on turning applications. An example of accessibility using a magnetic chuck is turning a donut shaped disk.  To turn all of the features, it’s necessary to stop the operation and re-chuck the part. With an electro-permanent magnetic chuck, the ID, OD and face of the disk can be turning without stopping the machine. It’s a big advantage in processing speed. Accuracy is better too because the part is handled once.

Application of magnets in milling and turning as well as other general metalworking processes can be considered a step toward automation of the work holding process. It’s not a universal solution, but, properly applied, magnets can and do slash time and labour associated with work holder setup.

Some Magnetic Fixturing Principles and Techniques

Because magnetism is invisible, it’s important to understand some basic principles in order to plan a successful work piece setup. Here are some fundamental rules that shops looking to use magnetic work holding should understand. 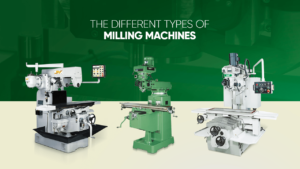 A milling machine is a mechanical machine that is used in heavy-duty milling of wood, metal, and many more solid materials. Due to the structural 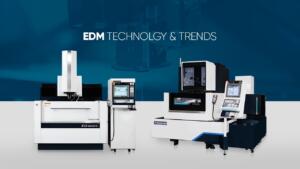 Introduction Since the introduction of EDM over 70 years ago, the Technology for speed and precision has grown tremendously and likewise, its capabilities and manufacturing 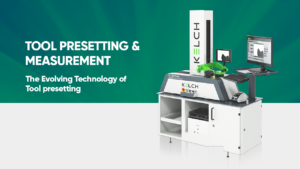 The evolving technology of tool presetting  CNC machining has replaced conventional or manual machining as the primary metal-removal method in most machine shops.  Although CNC